In order to best protect our clients, staff, and families during the COVID-19 pandemic, our office has made the decision to perform most of our functions remotely. 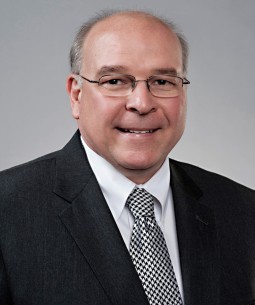 David Lee was born on September 12, 1961, in Birmingham, Alabama. He grew up in Homewood where he graduated from Homewood High School in 1979. Following high school, David attended the University of Alabama at Birmingham (“UAB”) where he earned a B.A. in 1983, and his J.D. from the Cumberland School of Law of Samford University in 1986. Mr. Lee was admitted to the Alabama State Bar in 1986 and has worked as a civil trial attorney for Parsons, Lee & Juliano, P.C. ever since. He became a shareholder of the firm in 1993.

Mr. Lee has tried over 80 jury trials to a conclusion in both state and federal courts in Alabama. In addition, he has handled many cases on appeal to the Alabama Supreme Court, the Alabama Court of Civil Appeals, and the United States Court of Appeals for the Eleventh Circuit.

In recognition of his civil trial accomplishments, Mr. Lee was inducted into the American Board of Trial Advocates in 2005 as an Advocate member. In addition, he has been awarded the highest peer review rating (“AV”) by Martindale-Hubbell. Mr. Lee’s primary areas of practice include general insurance defense litigation, automobile and truck litigation, product liability litigation, aviation litigation, toxic tort litigation, premises liability and appellate litigation.

Mr. Lee is married to Tammy Lee and together they have three daughters, Tyler, Kendall, and Allyn; one son, Peyton; and two granddaughters, Addison and Mabry. Mr. Lee is a member of Cahaba Park Church in Mountain Brook.  In his spare time, David enjoys spending time with his family and friends, and all types of outdoor sporting activities.